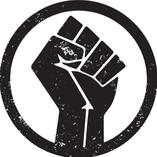 a comprehensive guide for continued allyship, advocacy, and activism

This is a guide to the many different ways to take action in some of the current and also ongoing social, political, economic, health, and environmental issues. Its primary purpose is to provide an organized list of the everyday things one can do to be a better ally, advocate and activist in the issues.

I have compiled these resources from books and articles I have read, as well as posts my friends and online activists have shared on social media - special thanks to all these people (credit is included for all information I got from these sources). I hope to keep updating this frequently. If you see any inaccuracies, outdated information, or important things missing, please let me know through any of the contact means below.

This started with a Google doc I made for my own accountability in continued and increased activism and to compile important information from various social media posts into one accessible place, but after realizing it would also be helpful in making it much easier for others to get the information they need in order to take whatever action they are able, I decided to share it and put the links into a website.

ON ALLYSHIP, ADVOCACY, AND ACTIVISM:

Please don’t derail the argument or play devil’s advocate - we have more than enough people who actually believe those things. Avoid tone policing and victim blaming POC who are speaking & taking action. Reflect on your actions & thoughts about race (class, gender and other social structures) and reflect on how you benefit from these systems. In some ways, inaction is action when it comes to how you spend your money: stop supporting businesses and organizations that promote hate or stand silently by.

If you can go out and protest, please do so (and read about how to do so safely here), learn and read not just statistics and news articles but also hear, seek to understand, and amplify the experiences of people of color (see the education section for books to read, activists to follow, media to watch and more) and continue being informed and taking meaningful action, even when the hashtags stop trending, by donating to / joining in some of the efforts of organizations that are constantly committed to bringing about equality and ending injustices. Read about these and choose a number of organizations that have chapters near you and support causes you are passionate about.

Try not to spread yourself too thinly by trying to follow everything on here and everything else you come across but try to keep a focus on a number of organizations, actions, and books that you can commit your money and/or time to while spreading information to others. Your mental health and physical safety is important so remember to take breaks as needed, and take precautions in legally & physically risky situations. We all have certain limits in activism (including health risks especially during a pandemic, financial difficulties, disabilities, obligations and those times when life just gets busy, citizenship status) and that’s completely okay and not something by which to judge yourself or others harshly, because we can make up for those with our own strengths and one another’s abilities.

Stay steadfast, stay safe. Being a true ally isn’t performative or done for social media optics. It is a lifetime commitment to learning from others and by reading, learning from your mistakes and staying informed and aware.

The work doesn’t end at your social media feed, the voting booths, or even the streets - systems of injustice permeate every aspect of our lives and therefore, so must our activism.

Thank you for reading and continuing the work.

Ways to use your voice and technology to make informed votes, contact your local and state representatives and officials through a variety of means, and to sign petitions on important issues.

Research Your Current Representatives and the Names on the Ballot

* when using automated emails, please write in some of your own words. many of these departments have email filters but with a few original sentences, you can bypass them and increase the impact of your statement.

another way:
1) Enter your zipcode: Find Your Representative | house.gov
2) Click on the representatives’ websites, where their contact info will be linked
3) Send an email to your representative

RESIST to 50409 always active, a way to easily contact your representatives

DEFEND to 909975 to defend Black lives and defund the police

FLOYD to 55156 demand justice for murderers of George Floyd. (NOTE: 1st degree murder is more difficult to prosecute because intent must be proven.)

502-574-2003: the number for Louisville mayor Greg Fischer leave a message asking for justice for Breonna Taylor

>> sign put please don't donate to any change.org petitions because they take a cut of donations.
Go to Donate for more info

visit saytheirnames.io for more information on their cases and what you can do to help their families.

Ways to donate your money - however much - to help the work of a variety of organizations fighting for justice, safety, and health. Also included are ways to give money to these organizations if you do not currently have the means to donate directly.

> change.org petitions: please still sign them but don’t donate through change.org - most of the funds do not go directly to the organizers so try to find a website for the original cause.

> Do not donate to Shaun King

> Funds that do not need donations (6/6/2020):
these funds have received overwhelming support and requested other methods of donations